The Norwegian total Contract module and modification – NTK 15 MOD was this summer issued in two versions. The present contract revision development shows that the level of standardization of key terms within the contracts has been reduced compared to preceding standard contracts. 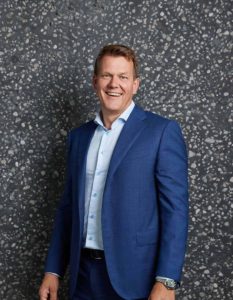 Johnny Johansen Partner and Chair of the board 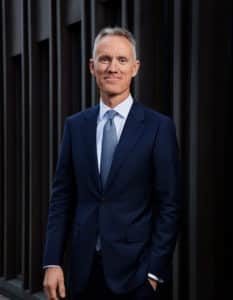 The Norwegian total Contract module and modification – NTK 15 MOD was this summer issued in two versions. The present contract revision development shows that the level of standardization of key terms within the contracts has been reduced compared to preceding standard contracts.

The Norwegian total Contract module and modification – NTK 15 MOD was this summer issued in two versions that are both aimed at contracts where a new module is included in the deliverables;

The two versions and changes therein are mainly the same, the main difference is regarding delivery and guarantee period.

A third version of NTK 15 MOD is expected in the near future as well, which will include minor adjustments targeted at traditional modification contracts without the delivery of a new module.

NTK 15 MOD, is the first revision of the standard contracts to be negotiated under the present revision regime, but new versions of the Norwegian Fabrication Contract (NF 07) and the Norwegian Total Contract (NTK 07) are set to follow NTK 15 MOD, where discussions regarding similar topics are to be expected. It is therefore worthwhile for professionals in the offshore industry to note the present revision work laid down in relation to NTK 15 MOD.

MAIN ALTERATIONS FROM PRECEDING STANDARD
Variation handling regime
The deadlines concerning the issue of certain notices (including Variation Order Requests) from Contractor are changed from “without undue delay” to the absolute deadline of “21 days” after a triggering event. Compliance with this deadline requires a sound back to back agreement system for the Contractor’s subcontracts in order to avoid potential loss of rights in areas covered by subcontractors.

Contrary to the preceding contract, NTK 15 MOD expressly sets out that the Contractor is obliged to act upon and implement a specific written instruction from the Company as soon as this is received, regardless of the parties’ view on whether it constitutes a variation and its potential effects.

The rule is followed up by the introduction of a deadline of 21 days after receipt of a VOR for the Company to issue a DVO or a VO. If no DVO or VO is issued, a DVO is deemed issued, providing the Contractor with the accompanying rights such as provisional compensation and expert decision. This alteration is intended to compensate for the strict duty to immediately implement written instructions from the Company, and to contribute to the identification and potential solution of conflicts at an early stage.

Reduced standardization of liability for liquidated damages
The concrete level of liquidated damages is omitted from the contract, as well as the total cap for this liability, leaving this point to be decided upon in each individual agreement.

Reduced standardization of liability limitations
Similarly as for liquidated damages, the global limitation of liability and the Contractor’s liability cap for accidents/occurences has been left open in the contract, thus these terms will also be subject to individual negotiations.

Risk for Company’s Frame Agreements
Furthermore, alterations have been made on the topic of Subsupplies ordered on the basis of Frame Agreements that the Company requires the Contractor to use, where certain responsibilities have been transferred from the Company to the Contractor. The revised text also provides further clarity, as the corresponding clause in the preceding contracts was perceived as somewhat ambiguous.

Omission of regulations covering maturity of target and fixed prices
Article 21 in NTK 07 MOD which sets out parametres for the establishment of a target price or a fixed price has been dropped from NTK 15 MOD. This entails that these points also will be subject to individual negotiations on a contract by contract basis.

Dispute resolution
Article 37 regarding dispute resolutions is altered, as the previous mandatory system of employing an arbiter in order to uncover and potentially solve disagreements during the project has been replaced by a new and voluntary system of Project Integrated Mediation, which is a system that has been employed and positively perceived in certain Norwegian onshore contracts.

FINAL REMARKS
In a similar manner as the firm frequently does for other offshore standard contracts, Haavind is available to hold internal seminars for companies interested in increasing its competence on the topic of NTK 15 MOD.