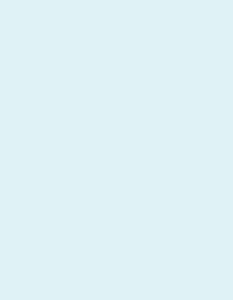 The UK Supreme Court found the contractor liable to comply with a fitness for purpose obligation included in a technical schedule to the contract, despite obligations elsewhere in the contract to exercise reasonable skill and care and to comply with an international standard. The subject matter of the dispute concerned the distribution of responsibility for remedial costs in the sum of €26.25 million.

The contractor MTH and E.ON had entered into a contract for Engineering, Procurement, Construction and Installation (EPCI). According to the contract, MTH should carry out the works so that they should be “fit for its purpose”. The term “Fit for Purpose” was contractually defined to include adherence to E.ON’s Technical Requirements.

The Technical Requirements laid out minimum requirements to be taken into account by the contractor, including that the foundations had to be in accordance with an international standard for the design of offshore wind turbines, structures J101, published by an independent classification and certification agency. Further, the Technical Requirements required that the “design of the foundations shall ensure a lifetime of 20 years in every aspect without planned replacement”.

After the contract was entered into, it turned out that the J101 standard contained an error, which had led to that the strength of the foundation structures had been substantially over-estimated. Thus, compliance with J101 did not provide a design lifetime of 20 years.

Initially, the Technology and Construction Court (TCC) held that MTH was liable to E.ON for breach of contract as the design of the foundations was not fit for its purpose by not ensuring a design lifetime of 20 years. The Court of Appeal overturned the TCC’s decision, finding that the Technical Requirements were inconsistent with the rest of the contract and in particular the obligation to comply with J101.

The Supreme Court unanimously allowed E.ON’s appeal and restored the decision from TCC. In the following we will summarize some of the key take-aways:

Lord Neuberger stated in section 32 that it was unnecessary to decide whether para 3.2.2.2(ii) was a warranty that the foundations would have a lifetime of 20 years or a contractual term that the foundations would be designed to have such a lifetime. The former meaning has been taken as correct by the parties and by TCC and the Court of Appeal, but Lord Neuberger was currently inclined to favour the latter meaning. On the other hand, as the Technical Requirements were produced and, to an extent, acted on before the Contract was agreed, Lord Neuberger stated “it may be questionable whether it would be right to interpret the Technical Requirements by reference to clauses of the Contract”.

However, it was clear that, if para 3.2.2.2(ii) was an effective term of the Contract, it was breached by MTH whichever meaning it had, and therefore the issue needed not be resolved.

After referring to a number of previous decisions, Lord Neuberger confirmed the position that the courts are generally inclined to give full effect to a requirement that a product complies with the contractual criteria – even if the employer has specified the design, see section 44:

“While each case must turn on its own facts, the message from decisions and observations of judges in the United Kingdom and Canada is that the courts are generally inclined to give full effect to the requirement that the item as produced complies with the prescribed criteria, on the basis that, even if the customer or employer has specified or approved the design, it is the contractor who can be expected to take the risk if he agreed to work to a design which would render the item incapable of meeting the criteria to which he has agreed.”

There was therefore no actual inconsistency between the Technical Requirements and the rest of the contract. MTH should have identified that there was a need for more rigorous requirement than set out in J101.

The ruling sets aside the decision of the Court of Appeal and restores the earlier judgment of TCC, which held that the fitness for purpose obligation required the contractor to achieve a result, namely that the design of the foundations shall ensure a lifetime of 20 years.

The decision is expected to have significant importance for interpretation of construction contracts, which commonly incorporate technical schedules and other specification documents within their terms.

Furthermore, the judgement may be seen as another example of emphasis to the literal meaning of contract provisions, in line with the UK Supreme Court’s decision Arnold v Britton [2015] UKSC 36, where the same Lord Neuberger gave the lead judgement on behalf of the majority.

The judgement from the UK Supreme Court and its press release may be found here: https://www.supremecourt.uk/cases/uksc-2015-0115.html