The abstract of the Nor-Switch Study; a Norwegian clinical study on the interchangeability between innovator infliximab and a biosimilar version concludes that switching from innovator to generic version is safe. 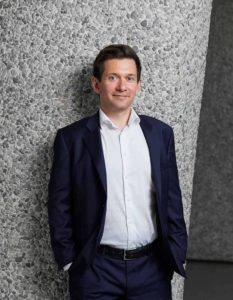 The abstract of the Nor-Switch Study; a Norwegian clinical study on the interchangeability between innovator infliximab and a biosimilar version concludes that switching from innovator to generic version is safe.

In 2010, the Norwegian Medicines Agency (NMA) placed two biosimilar products containing the biological substance filgrastim on the so-called substitution list, which in short would allow pharmacies to substitute between the innovator product and the biosimilar products. However, the pharmaceutical company Amgen, which was the holder of the marketing authorization for the innovator filgrastim, received a preliminary injunction in order to stop the decision from being commenced.

The authorities did not appeal the decision of the District Court. Instead, the NMA in 2012 proposed that the legislative basis should be amended to also including biosimilar products. However, Norwegian authorities decided that more information was necessary, and in the fiscal budget for 2014, 20 Million NOK was awarded for the conduct of clinical studies to examine the effects of substitution between biological medicines.

As such, the Nor-Switch Study was initiated in late 2014. The aim of the study was to examine efficacy, safety and immunogenicity when patients switched from originator to biosimilar infliximab. 481 patients at 40 Norwegian study centers have received treatment and were followed for 52 weeks. The study has been followed with interest worldwide, and the results of the study are likely to be examined and analyzed with scrutiny of interest stakes. The results of the study will be presented at the United European Gastroenterology (UEG) annual congress week on 18 October 2016.

As the results of the study are now made available, the discussions on substitutability between biological products are likely to resurface once more.