On 24 April, the European Commission fined Altice, a cable and telecom company based in the Netherlands, EUR 125 mill for alleged gun-jumping. The fine – the largest so far imposed for gun-jumping – is a reminder of the competition law pitfalls of pre-closing conduct. 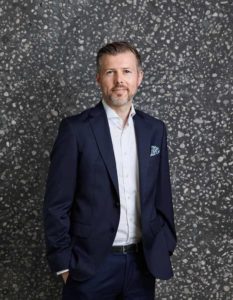 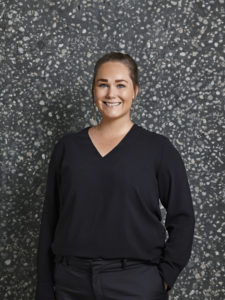 On 24 April, the European Commission fined Altice, a cable and telecom company based in the Netherlands, EUR 125 mill for alleged gun-jumping. The fine – the largest so far imposed for gun-jumping – is a reminder of the competition law pitfalls of pre-closing conduct.

Implementing a transaction pending merger review is prohibited both under EU merger rules and in most national merger regimes, including in Norway.

“Jumping the gun”, by implementing the transaction prior to merger clearance, may end up as a costly accident.

Beside the size of the fine, which is five times that of the largest fine the Commission has so far imposed for gun-jumping, the case is notable as it deals with pre-closing conduct rather than a failure to notify a transaction in time.

The Commission’s decision of 24 April has not yet been published. However, the Commission’s press release is quite helpful, as it not only outlines the alleged infringements but also indicates the leeway merging parties do have prior to transaction clearance.
Altice filed its acquisition of PT Portugal, a Portuguese telecom operator, to the Commission in 2015. The Commission had concerns that the merged entity would have faced an insufficient level of competition on the market for fixed telecommunications, and Altice ultimately committed to divesting two Portuguese businesses in order to get the deal approved.

In its press release of 24 April 2018, the Commission states that the purchase agreement gave Altice the right to exercise decisive influence over the target prior to merger clearance and closing, e.g. by granting Altice veto rights over decisions concerning the target’s ordinary business. Also, Altice had instructed the target on how to carry out a marketing campaign. Finally, Altice had obtained access to commercially sensitive information about the target outside the framework of any confidentiality agreement.

The decision is a useful reminder that all parties involved in M&A transactions should act with caution pending clearance. Gun-jumping can take various forms, and it is not only the transfer of direct control that is prohibited. Keeping this in mind when drafting the purchase agreement, as well as during any contact with the target’s management and personnel prior to clearance, is highly recommended.

On a more positive note, the Commission’s press release also confirms that companies do have some leeway prior to merger clearance. The acquirer has a legitimate need to preserve the target’s value, e.g. by preventing the seller from making unexpected and significant investment choices outside the scope of the ordinary business. In addition, the buyer may have a legitimate need for access to information in order to assess the value of the target. The Commission is not blind to either of these necessities, and is careful to emphasise in its recently published press release that Altice’s actions were outside the scope of these types of legitimate acts.

Altice has already stated that they will appeal the decision. The outcome of this appeal could potentially be affected by a case which is currently pending before the EU Court of Justice. In January, Advocate General Nils Wahl issued a non-binding opinion in the EY/KPMG case in which he advocates a narrow approach to which steps constitute gun-jumping. The Court’s eagerly awaited judgment may be rendered later this year.

In line with those filed under EU merger control rules, transactions that trigger a merger filing in Norway are subject to a standstill obligation: they cannot be implemented before the Norwegian Competition Authority (NCA) has cleared the transaction.

The rule mirrors EU law. In the absence of definitive practice and guidelines from the EU, however, the NCA has over time developed its own, very broad, interpretation. The NCA has issued a significant number of fines. Most of these concern failures to notify, but the NCA has also taken a very strict approach to pre-closing coordination and information exchange.

Since the NCA must follow EU case-law on gun-jumping, the outcome of the Altice appeal and the EY/KPMG case will be of significant importance to the NCA’s application of the stand-still obligation in Norway in future cases.