On 27 February 2020, the Norwegian Supreme Court held that a Norwegian UCITS that should have been actively managed, but was not, should not charge its investors more than fees normally used for index funds. 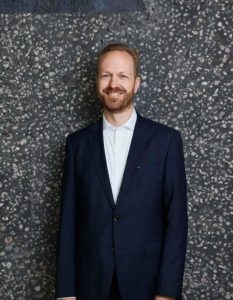 On 27 February 2020, the Norwegian Supreme Court held that a Norwegian UCITS that should have been actively managed, but was not, should not charge its investors more than fees normally used for index funds.

The case concerned a claim for management fee reduction from investors in three Norwegian UCITS managed by DNB Asset Management, a subsidiary of Norway’s largest bank. It was a class action, the largest to date in Norway, funded by the Norwegian Consumer Council. DNB was in 2018 acquitted in the district court (first instance), then held liable in 2019 by the court of appeal, a decision upheld by the Supreme Court.

The background for the case was that the Norwegian financial regulator conducted an inspection in 2015, and concluded that that the relevant funds were not managed actively, as required by the fund documentation. DNB did not appeal this decision, but made appropriate amendments to the fund documentation and management fees.

Major points of the judgement

The claim by the investors was for a reduction in the management fee, based on the fund not being managed actively in accordance with the fund documentation, but in essence being an index fund. Index funds are normally subject to a substantial lower management fee. The mandate was to invest mainly in large companies listed on the stock exchange, but also invest up to 20 % of funds in instruments not listed or traded on a Norwegian exchange.

The main issue before the Supreme Court was whether the manager had complied with its contractual obligations towards the investors. As Norwegian UCITS do not have corporate bodies, investors may file claims directly against the manager.

The Supreme Court held that both a general good business conduct standard and the fact that the funds were retail funds, was relevant in the interpretation of the contractual obligations of the manager under the fund documentation. The same was the size of the management fee (1.8 %).

The Supreme Court found that the facts confirmed that the funds had not been managed sufficiently active to enable the opportunities for a return that the investors could expect based on the fund documentation. The Supreme Court did so without using a quantitative approach for determining the level of activity (with a calculated tracking error of 1.25% and an active share of just 12.25%), an approach used by the regulator and the court of appeal.

The Supreme Court held that as the investors had paid for a service not rendered by the manager, the conditions for a reduction in price was met. DNB was ordered to repay 180,000 investors a total of app. USD 3,8 mill. as the management fee was reduced from 1.8% to 1%, even if DNB in the same period marketed index funds with just 0.3% management fee.

The case started almost six years ago following an inspection by the regulator, and most Norwegian UCITS have since adapted the guidelines of the regulator regarding level of fees.

Albeit the Supreme Court accepted that the relevant regulations and conduct of business rules do not require any specific level of active asset management, fund documentation will be the basis for an investment mandate and expectations of investors.

Fund managers should take care in its communication of investment mandates and investment guidelines. Subsequent reporting to investors concerning fund management will not absolve a manager, and disclosures must be made in advance of an investment. This in particular if the funds are retail funds.

The judgement by the Supreme Court may be relevant outside of retail UCITS, typically for portfolio management, ongoing investment advice and model portfolios and fund-of-funds products, as duplication of fees will reduce the potential return for investors.

If you have any questions related to this article, contact