Oslo Børs has passed changes in the continuing obligations of companies listed on Oslo Børs and Oslo Axess with effect from 15 January 2016. Set out below is a summary of the most important changes to the regulations. 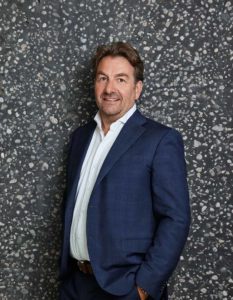 Oslo Børs has passed changes in the continuing obligations of companies listed on Oslo Børs and Oslo Axess with effect from 15 January 2016. Set out below is a summary of the most important changes to the regulations.

Proposals or decisions on cash dividends, rights issues, share splits or reverse splits shall be prepared in a way so that the share may at the earliest be traded excluding the right in question two trading days after the relevant key-date (“ex-date”, “record date” and any “payment date”) is publicly disclosed in a separate announcement.  For any subsequent repair issues, a separate announcement on key dates needs to be disclosed as soon as the repair issue is approved by the company and no later than 09.00 hours (CET) on the date the share is traded excluding the right in question. Companies included in the OBX Index shall additionally notify Oslo Børs by 14.00 hours (CET) on the day prior to the first day of trading excluding the right to participate in the repair issue.

Oslo Børs has prepared templates for such separate announcements to ensure that the market receives sufficient information regarding the ex-date (the first day the share is traded without the right to dividend or other rights), the record date (the day the share’s ownership must be registered in VPS in order to give the right to dividend or other rights) and the payment date (the date for payment of dividends which takes place subsequent to the ex-date and the record date), etc. The templates are available on Oslo Børs’ website; http://www.oslobors.no/ob_eng/Oslo-Boers/Regulations/The-Issuer-Rules.

For other corporate actions that result in shareholders being given rights of commercial value (other forms of distribution than cash dividends, mergers where the acquiring company is listed, demergers, distribution after capital reduction, etc.), and other transactions that may cause uncertainty regarding pricing of the share or which shares are being traded, the issuer shall notify Oslo Børs in advance (including a proposed timetable). The advance notification shall be given by the issuer at the latest 5 trading days prior to the earlier of i) the issuer’s planned announcement in the market of the timetable for the corporate action, or ii) the planned ex-date   in order for Oslo Børs to discuss the process with the issuer regarding the timeframe and the information to be included in the announcement about the corporate action in question.

The board’s suitability – a new continuing obligation
The suitability requirement for the board of directors in the Oslo Børs’ admission rules has been included as a continuing obligation. This means that the issuers board of directors shall consist of persons who have not acted in such a manner that make them unfit to be a member of the board of a listed company. The change is a signal to listed companies and their shareholders that the general trust in the company’s board is important and should be emphasized during the election of directors.