While expected by many, the Norwegian Government’s recent state budget proposal (Prop. 1 S (2020-2021)) expresses no real changes in the Government’s offshore wind strategy. 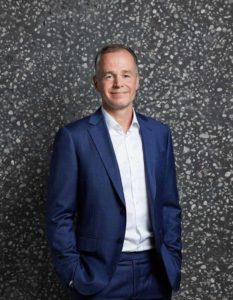 While expected by many, the Norwegian Government’s recent state budget proposal (Prop. 1 S (2020-2021)) expresses no real changes in the Government’s offshore wind strategy.

As Haavind reads the proposal, it confirms the Government’s earlier statements focusing on the further development of the Norwegian service and supply industry in a global market for offshore wind, and also a further development of Norwegian floating offshore wind technology. The Government’s opening of the two areas “Sørlige Nordsjøen II” (3000 MW) and “Utsira Nord” (1500 MW) for offshore wind projects should be understood in this context.

At this stage, no new economic support schemes are proposed, implying that the main tool in this respect remains to be Enova, the state enterprise awarding investment grants with the aim to advance new energy and climate technology. At the same time this indicates no immediate ambitions by the Government to develop offshore wind as an important part of the Norwegian power supply system. This is no doubt a disappointment to the industry, where many have pushed for incentives to secure the industry development at heart of a new chapter in the North Sea. By notable contrast, Boris Johnson announced this week that the UK is to become the “world leader in low cost clean power generation”, with a clear focus on bottom-fixed but also floating production of offshore wind in territorial waters. The announcement is paired with a pledge of £ 160 million for the improvement of necessary infrastructure including ports and factories.

The political opposition has already criticized what they consider to be lack of ambitions within Norwegian offshore wind, ensuring this to become an important issue when handling the state budget proposal in the Parliament in the coming months.

We are following developments, both political, legal and market players.