From January 1st 2016 new provisions on agreements to restrict competition in employment relationships entered into force. The Working Environment Act (WEA) now contains a new chapter 14 A with detailed provisions. 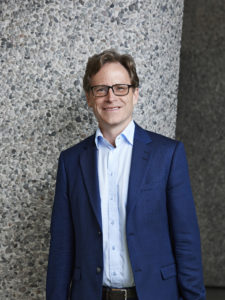 From January 1st 2016 new provisions on agreements to restrict competition in employment relationships entered into force. The Working Environment Act (WEA) now contains a new chapter 14 A with detailed provisions.

What are non-competition/-solicit agreements, and what do the new provisions entail?

A competition clause will only be valid to the extent that the employer has a particular need for protection against competition when the clause is to be invoked. Whether the basic requirement of “particular need” is met, is to be decided based upon a discretionary overall assessment where several aspects are to be considered.

In brief, the following conditions apply with regard to non-competition clauses in WEA Chapter 14 A:

During the employment relationship, the employer may at any time, until a statement in connection with termination is given, waive a competition clause. If an employee is terminated due to circumstances relating to the undertaking (reorganization, etc.), a non-competition clause cannot be enforced.

Non-solicit customer clauses
The aforementioned conditions, except the compensations requirements, apply largely also to clauses that limit employees access to contact the employer customers after termination of employment. A customer clause can only apply to customers who the employee has had contact with, or been responsible for, the past year. In the written statement required by law – cf. above – it must further be stated which customers are encompassed by the clause.

Recruitment Clauses
The last category anticompetitive agreements which Chapter 14 A regulates – recruitment clauses – is an agreement between the employer and other businesses that prevents or restricts an employee’s ability to take employment with another business. After the new legislation it is not permitted for employers to agree on recruitment clauses amongst themselves, except in relation to business transfers.

Exceptions relating to the chief executive
The chief executive of the undertaking may be exempted from the new rules on competition and customer clauses in the Working Environment Act, if the person concerned in a written agreement has waived his/her rights according to Chapter 14 A against severance pay. A similar option exists today for waiving the protection against dismissal, cf. the Working Environment Act § 15-16. The waiving of the rights according to Chapter 14 A against severance pay should be made explicit. The wider limits for competition clauses in Contract Act (test of unreasonableness) will still apply even if the protection according to Chapter 14 A is waived, but it may be possible to have competition clauses with a longer duration and wider scope.

What do the new provisions entail?
The new provisions contribute to a clarification on an important area of practical life within employment relationships. In several ways employers opportunity to enter into competition clauses are more limited than before.

As a consequence of the new provisions it is essential to establish good routines for monitoring termination of employment, where restrictions on competition have been agreed upon. For instance, if the procedural requirements concerning written statement are not met, the non-competition clause will not be valid.

There is reason to believe that a significant number of existing employment contracts with non-competition clauses are not in accordance with the new rules and must be revised during the transitional period (before January 1st 2017). For the benefit of both parties, lawyers Sten Foyn and Rajvinder Bains in Haavinds labor department recommend that work relating to auditing and adaptation is commenced as early as possible.

The Haavind Labor Department has broad experience and expertise in all types of issues relating to labor law and pension, including the conclusion and enforcement of competition restrictions in and outside the employment relationship.